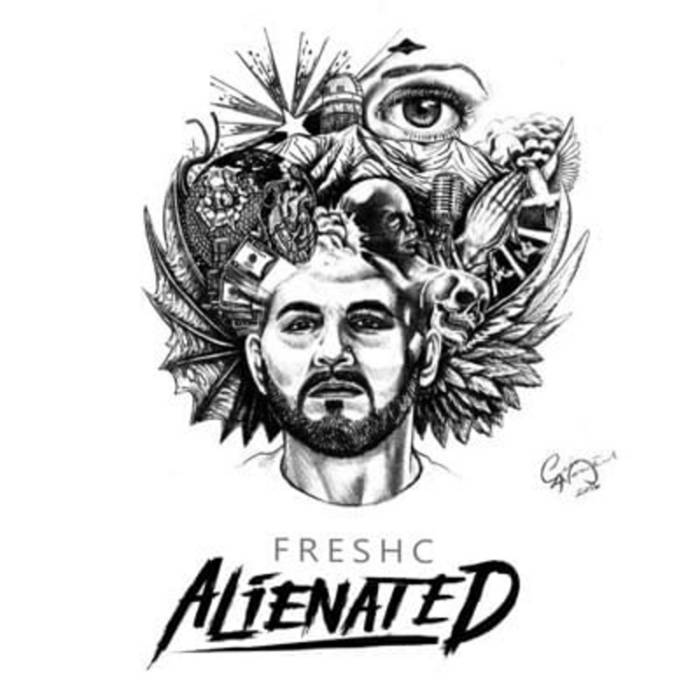 Originally written as a standalone record during one of what Fresh recalls: “His lowest point” ended up in the hands of Collins and he enjoyed the record so much he sent the record back to Fresh with a verse on it.

When everyone's the same you have a different objective/ chose my friends wisely I'm very selective/
Disrespected by those i once shared my collective/ cosigns without my signature getting rejected/ we rivals now passes intercepted/ ...

We on the same field/ playing two different games/ drawing inspiration that wouldn't get framed/ while the trophies gained are engraved in my name/ I'm willing to share the success, but envy is a part of the game/ what a shame.


I wrote this song at four in the morning/ wide awake while you cats is in your bed snoring/ they saying nobody works as hard as me/ I'd have to agree/ been consistent since 2003/ back when nobody locally had ever pressed up a cd/ damn...

Contemplating on the next plot/ while you out partying scheming on these young thots/ I'm collecting my thoughts ....

Like a proud father watching his child walking/ bunch of clones living on my offspring/ imagine where it would be if I hadn't of done it/ so many names you know // wouldn't have gone public/ it's not a shot, facts only// the truth is embedded/ I still laugh when they say I never helped them / when their biggest hits have my name in the record/


A friendly reminder it's just business/
Some people don't belong anywhere near it/ real shit...